Removing a Raccoon From Your Chimney 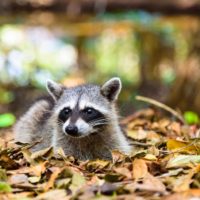 These days, a raccoon on the roof is a common sight in many urban areas. Raccoons often regard your chimney as a big hollow tree. That’s a safe, dry, warm place in which to live and raise a family. So, if you discover a raccoon in your chimney, especially during late March/early April, the chances are that it’s a pregnant female.

So, what’s the best way of removing a raccoon from your chimney?

In Ontario, you cannot legally kill, stress, or relocate wildlife unless you have a government permit. Although they’re widely regarded as pests, raccoons are classed as wildlife, so trying to remove one of the creatures from your chimney could land you in hot water with the law.

So, your best course of action is to hire a professional firm of wildlife removal specialists to tackle the situation for you. Expert pest control companies are licensed to carry out this type of work and are highly experienced in this kind of work too.

Once the raccoons have gone, be sure to have your chimney fitted with a cap right away to prevent invasions in the future.

Whatever you do, don’t light a fire right underneath the chimney. If there are baby raccoons inside the chimney, you risk burning them alive. Also, as you will need to open the damper to allow the smoke to rise, there’s a good chance that the terrified raccoon family will flee out of the damper, right into your home.

A frightened mother raccoon on the loose in a confined space is a highly dangerous animal, and you, a member of your family, or your pets could be severely injured.

What about DIY solutions?

If the raccoon is a pregnant female, it may be possible to scare her into relocating before she gives birth.

The following two DIY raccoon removal methods do have a fair degree of success by using different scare tactics.

Under no circumstances should you attempt to catch or handle either the mother raccoon or her litter of kits. Raccoons are wild animals, and they can be highly aggressive, especially if threatened or cornered. Also, raccoons can carry several serious diseases, including rabies, which can be transmitted to humans via a bite or scratch.

Always contact a professional pest control company for advice if you discover a raccoon in your chimney. Experts in wildlife removal have the necessary permits, experience, and equipment that’s essential to remove nuisance raccoons safely.

Once the problem pests have gone, be sure to have your chimney capped to prevent further invasion in the future. 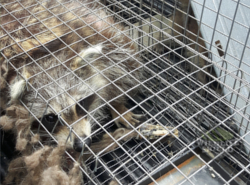 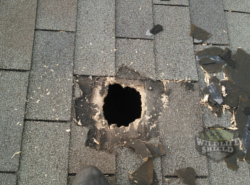 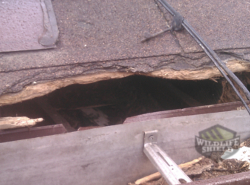 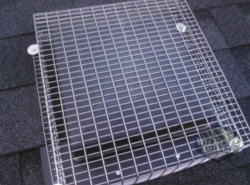 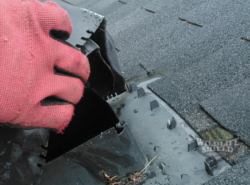 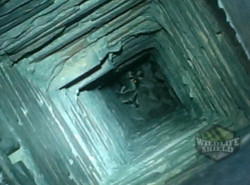 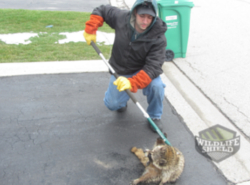 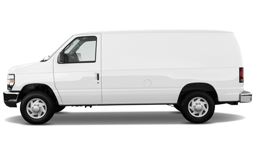